Quite an Excellence Gala!

On June 9th, 2022, the Brome-Missisquoi Chamber of Commerce (CCB-M) invited the entire region to congratulate the companies nominated at the 12th Gala Excellence of Brome-Missisquoi!

Bromont, montagne d’experiences welcomed us for a cocktail reception featuring products from the region. More than 250 people were present to congratulate the nominated companies and the winners.

For this new edition, there were 8 categories and 6 Recognition Awards. The Personality of the Year was determined by public vote and the Company of the Year award was given to the company that stood out the most among the members of the Jury.

It was in a CHIC CHALET setting that Ms. Katerine-Lune Rollet hosted the event and presented the prizes. Katerine-Lune was assisted by Marie-Ève ​​Dupré who interviewed the winners for MAtv.

Moreover, MAtv Granby will broadcast the recording of this Gala from June 22, 2022.

Not only was this event an opportunity to reward the excellence of entrepreneurs and their resilience, but it was also a memorable evening as we found ourselves without a mask and all smiles.

Recongition Award
Every company that submits their nomination is eligible for a Recognition Award.

Thank you to all out sponsors and partners !

This event would not be possible without the invaluable support of our sponsors. Thank you to the companies and organizations that support us without counting!

Members of the Jury 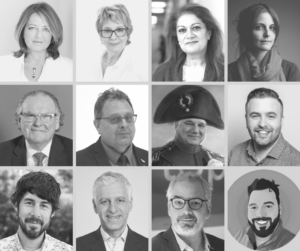 We would like to thank the people who have accepted to become a jury as part of our Gala Excellence. It is thanks to their objectivity, their skills and above all their great generosity that the winners were determined.

All the members of the jury came from outside the region. Their mandate was to evaluate candidate books according to very specific criteria. The names of companies and organizations having been deleted, their evaluation was then completely anonymous.

Carol Perez
Initially an international law lawyer, Carole Perez was an advisor to the senior management of financial institutions. She then founded her own company and worked for more than 20 years in international business development. With her coaching skills coupled with extensive experience in the business world, Carole Perez presents a unique profile bringing real added value to professionals wishing to act actively for their success.

Lucie Marois
It is called “Radar” for its ability to inspire choice to act. Lucie Marois created MasterU to develop your confidence, your leadership and your influence for success.

Pascale Daher
Pascale Daher is a human resources manager with more than 20 years of experience in Canada and Europe for fast-moving international companies. Pascale has contributed to setting up an agile management of human potential, with strategic thinking and a pragmatic approach that remains results-oriented, while having a humanistic approach.

André Halley (President of the jury)
André Halley has more than 40 years of experience in the field of telecommunications, satellite telematics, fixed telephony, and submarine cabling. He has held various executive or board member positions for Canadian and international companies and organizations. Currently, André is involved in leading advisory mandates with start-up companies in different industries, and he is actively involved in the Alzheimer Society of Granby and region.

Denis Lacroix
An industrial engineer by training, with an industrial career spanning more than 40 years, Mr. Lacroix assisted in the start-up and technological development of hundreds of companies while working within the industrial research assistance program of the Conseil National de la Research. Mr. Lacroix is ​​currently Director of Science, Technology and Innovation at the St-Hubert Aerospace Technology Center.

Eric Leouzon
Son of advertising – Éric Léouzon was not intended to advertise. And then one day, someone decided that Eric had a certain talent for the creative thing. The door to an imaginary field was half-opened for him and he seized the keys in order to break all the locks.

Maxim Plant
A restaurateur for more than 10 years, Maxime Plante has just opened his 4th restaurant. He has sat on several boards of directors for 8 years and is ex officio president of the CCI2M.

Olivier Poulin
Passionate about marketing, Olivier Poulin is in charge of product development for the steel door and frame manufacturer De La Fontaine.

Paul Villemaire
Currently Managing Director of Viaction Assurance, pursued his career mainly in growth capital financing through investment funds and was a member of several boards of directors, where he contributed to the formulation and deployment of business strategies . During his career, Mr. Villemaire has also held management positions in the financial services industry.

Members of the Gala Comittee 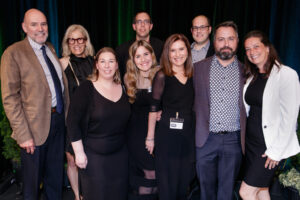 We cannot ignore the contribution of the Gala Committee. For the record, the first Gala Excellence meetings began more than a year ago. One of the topics that appears the most on the minutes is certainly the date of the event! Between the closures and the restrictions, the members of the committee will have managed to keep their morale and the course towards this great event. We would therefore like to highlight the incredible generosity and unwavering support of these people.